What is Gwyneth Paltrow Complaining About now?

Not content to be just an academy award winner or daughter of Blythe Danner and Bruce Paltrow, or wife of Chris Martin or mother to Apple and Moses, or former (?) BFF of Madonna, I rather fear after attempting to try and reinvent herself yet again as she struggled her was through singing in “Country Strong”, Gwyneth Paltrow is in fear of having an identity crisis. 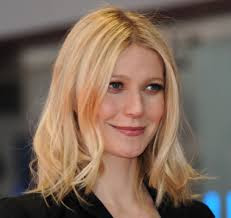 Or perhaps this woman is just so self absorbed that she won’t be happy until she is ruler of the universe or something like that?  I mean c’mon Gwynny, you really think you have problems?  A recent article in Harpers and Bazaar magazine in the UK (March issue) quoted her as saying “People are so mean to me” this was of course in reference to her website “Goop” where she has often been criticized for giving advice on an array of topics from roasting chickens (probably care of Jamie Oliver)  to how much Mary Hartzell has helped her be the best possible Parent.


I don’t particularly like Gwyneth because I think she just comes across as a little whiny and well, a bit of a “has been” who is fighting to stay relevant.  Now she claims that “she doesn't care if you don't like her” but I beg to differ otherwise, why would she be spending so much time fighting for any of our mind share.


Well before I criticize her website too much, I decided to pay said website a visit.  Looks nice enough and I’ll let you judge for yourself but it’s fairly derivative of a few others I have come across.  Ms Paltrow would have you believe that she’s totally fine if people make fun of her, she “doesn’t care because she doesn’t read any of it anyway” and yet she expects us to go to her website and care about what she writes, seems a little unfair if you ask me and especially because she now fancies herself as a bit of a Martha Stewart or so her website would have you believe.


PS if you add an “i” to Apple’s last name she becomes a rather tasty drink…Gwyneth Paltrow – bartender?
Posted by Rashmi at 10:12 PM

Welcome to my Blog

Here's a space for me to rant and rave about things on my mind in the hopes that it stops me needing therapy in the future!!!

Rashmi
One-third of the trio called "The Moviewallas" the self proclaimed opinionated one who tries to keep the other two in check :-0